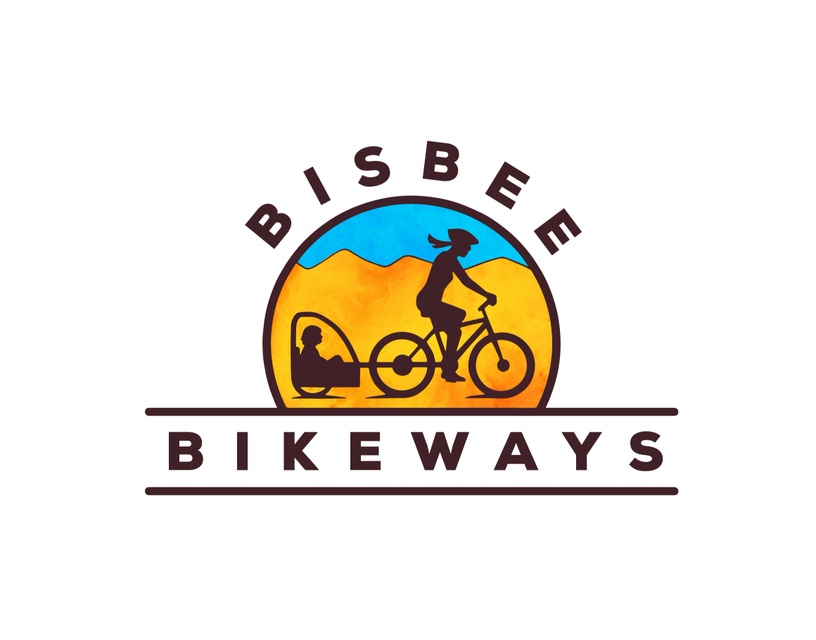 Meggen is a native of Bisbee and one of the founding members of Ecotopia, the 501c3 nonprofit that Bisbee Bikeways operates under.  Bisbee Bikeways began when Meggen decided to bike around town with her then two-year-old in tow. She quickly realized that one small error by a nearby driver could end their lives, and became determined to create safe pathways for the residents, (especially the youth), of Bisbee.

Meggen quickly evolved into the Project Manager of Bisbee Bikeways, and through continuous advocacy work and research, connected multiple stakeholders including the City of Bisbee, Cochise County, ADOT, Freeport McMoRan, and members of the public.

Stephanie is originally from Maine and moved to Arizona in 2006. She has an MS degree in Resource Economics and an MS in Exercise Physiology. Stephanie has a long history of working to develop major multi-use trails in both Maine and Arizona. She was a member of the Downeast Sunrise Trail Coalition in which she helped in the building of the Downeast Sunrise Trail in Maine, a 100 mile multi-use unpaved trail built on an inactive rail. She volunteered hundreds of hours working on 2 passages of the Arizona Trail and she participated in four trail building projects in Arizona with Wilderness Volunteers. She also served for 3 years on the Maine Governor’s Council on Physical fitness and health which was a think tank for developing projects that promote healthy, active lifestyles for Maine citizens.  In addition to her volunteer work, Stephanie owns and operates a personal training business and specializes in working with deconditioned clients and those with chronic health iss

Sarah is a passionate land use planner with over ten years of experience in Planning and Community Development. She is skilled at building strong working relationships with fellow staff, supervisors and community members. Sarah loves riding bicycles and all other forms of alternative transportation.  She has been car-free for many years of her life, and works to shift the paradigm of transportation in her career and in her personal life.

Gregg is an Associate Professor and Associate Extension Specialist, School of Natural Resources and the Environment, the University of Arizona.  Gregg has worked for the last 20 years to bridge the science-society interface through dialogues between scientists and decision makers and collaborative climate and environment research projects. His research focuses on adaptation to a changing climate, climate variability, and drought. Geographic interests include semi-arid regions, transboundary regions, and monsoon climates. He is co-lead author for the Southwest chapter in the Fourth National Climate Assessment. He is co-editor of Climate in Context: Science and Society Partnering for Adaptation, a 2016 book on the development and practice of use-inspired science and the co-production of science and policy, through NOAA's RISA program. His recent projects include development of a partnership to address the public health risks of extreme heat in the U.S.-Mexico border region, an assessment of National Park Service cultural resource vulnerability to climate extremes, and an investigation of best practices for assessing the costs of floods in North America.

Tim is a financial savant with an abundant mindset and a contagious generosity. He earned enough credits in college to have graduated with multiple degrees in such diverse subjects as Arabic and chemical engineering. As First Purpose’s chief financial strategist, Tim thrives on solving complex financial situations for clients by devising strategies that require a holistic approach and blur the lines between financial disciplines. For renewal, Tim enjoys cycling and playing racquetball. With his wife and five children, Tim also enjoys doing service vacations to orphanages in Mexico and Bethlehem with A Child’s Hope Foundation.

Eric is a Project Coordinator in the College of Education at the University of Arizona.  Eric has a talent for running and teaching science, and instilling a love of exploration in his students.  He is a track and cross country coach and is always ready to lend a helping hand with neighbors and strangers.

Our most recent 990 reports and our applicaiton for tax exemption and supporting documents are available to the public upon request.

Your support and contributions will enable us to meet our goals and improve conditions. Your generous donation will fund our mission.